As schools are making plans for next year and preparing their budgets, we have had a number of questions about budget cuts to school sites. During the budget hearings earlier this year there were some proposed cuts to the funding formula for school sites. The formula basically gives money and staff to school sites based on student enrollment. Initially, the District proposed raising the number of students required, for example, for a school to be assigned an assistant principal. The cuts were ultimately rejected by the Board of Education.

While there weren’t any reductions to the funding formula for school sites, schools may experience staffing reductions for the following reasons:

While state funding will remain flat in the coming years, the school District’s expenses will be increasing. That means the District will be facing tough budget choices both in the short- and long-term. Senior Business Officer Hal included the following slide in his presentation urging caution for the current school year and beyond. 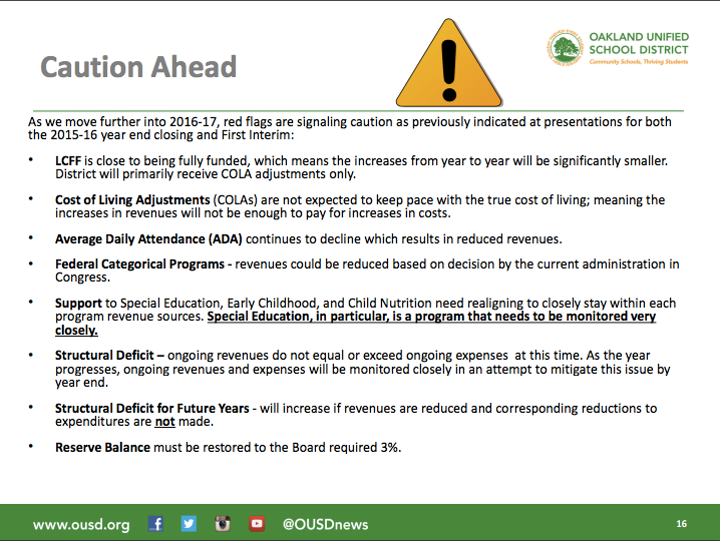 Next Steps in the Budget Process